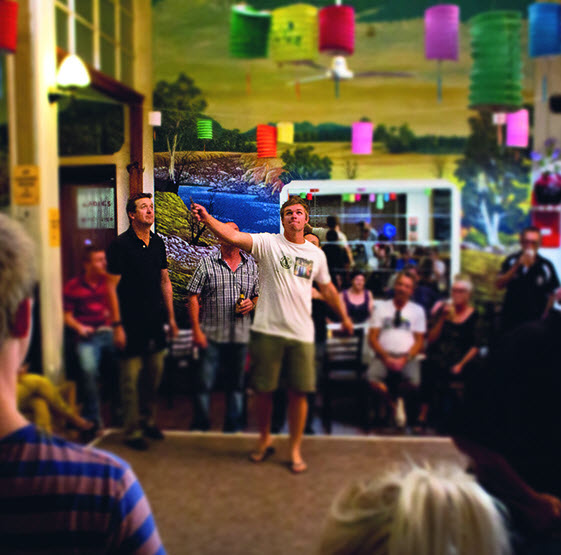 Two Up is a form of gambling popular in the last century in many areas across Australia, and most certainly in Broken Hill. An illegal Two Up school used to operate just near Emaroo Argent  until it was raided and shutdown in 1984. Now Two Up can be played every Friday night just up the road at The Palace Hotel at 227 Argent St.

The link with Two Up and Australian culture was forged by soldiers playing the game in the trenches at Gallipoli and became a popular activity at ANZAC celebrations with authorities turning a blind eye.

In 1992 the Broken Hill City Council successfully lobbied the NSW Government and was finally granted a permit for Two-up to be played every day of the year. In handing down its decision, the NSW Office of Liquor, Gaming and Racing acknowledged that Two-Up was “an established part of the cultural heritage of this mining city”.